“Problem (…) is that the market has become quite saturated where new producers are impatient and just want to release the first thing they make, instead of really learning their craft, being patient and waiting until they have really nailed their sound.” 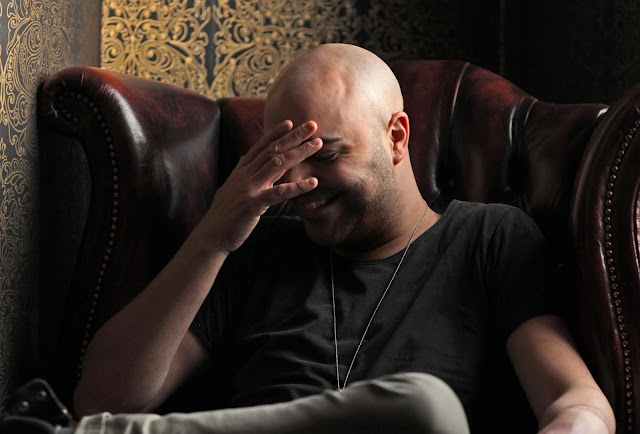 NAZEN CARNEIRO·THURSDAY, 10 MARCH 2016
The underground London electronic music scene has his influence since a long time ago. I am talking about Cozzy D, more than 10 years of consistent hard work either organizing events, playing, producing music or releasing others peoples music and running his own label “Lower East Records”.
Cozzy D has his releases in well known labels such as Dirtybird, Material Records, Get Physical Music, Noir Music and many others. At Lower East Records his focus is to mix new talents from England and abroad, as MK, Larry Heard aka MR Fingers, Richy Ahmed and brazilian Volkoder. Tudo Beats has interviewed him to get to know more from what he is doing now and plans for future! Check it out!!!!

1.      After all these years you had several influences. Tell us  5 tracks you have been listening to lately


2.      Its known your involvement with the underground scene in London. What is ‘underground’ for you?Underground is just a term used for something when it is only known amongst a niche group who are into the same thing. For example a new house / techno track that has just been finished in the studio and played in a club for the first time will be very underground. Something only becomes commercial once it crosses over and becomes popular and many people have been exposed and like it / talk about it.


3.      Our friend Elijah Collins says “If we are always willing to pass on information and look after each other the music will prosper.”. How do you see that today.


Yes he hits the nail on the head – spread the love 😉


4.      Producer, DJ, promoter, label owner for over a decade. Which one are you more involved nowadays?
I’ve always said I am DJ first, and everything else is second. I am still heavily involved running my label which takes up a lot of my time and of course am making music. I’ve taken a little break from throwing parties but that’s not to say i won’t start promoting again, so watch this space 😉5.      What do you feel that has changed in the Industry since you started?


Back when I first started DJing in 1998 you had to make Mix Tapes and pass them onto promoters to get gigs. Nowadays you really need to be a producer to make that step up. All you need is a laptop and you can even make music in your bedroom. Problem with that is that the market has become quite saturated where new producers are impatient and just want to release the first thing they make, instead of really learning their craft, being patient and waiting until they have really nailed their sound. The Internet has revolutionised the industry now. You can speak to anyone at any time, and social media can be a powerful tool to get yourself heard. It also acts as a bit of a negative however where it seems to have become more about marketing or controversy and less about the music which is a shame, but it’s also great as it does gives everyone from all walks of life an opportunity and a voice.


Yes I have quite an eclectic taste and am a fan of all styles of electronic music, and like to show versatility in my sets and not just play one sound. I would get bored just playing 2 hours of loopy obvious tech house. I like to play some deep tracks, some more techno, some soulful vocals and some more melodic and emotional… I know it’s quite cliche but I prefer to go on a bit of a journey with my sets.


7.      How do you make your music? (Consider elements, technology, equipments, what is your up-to-date info on that.)
I like to use a lot of hardware, and quite often use analogue pieces of kit such as the 909 or 808, for my beats and the 101 for synth sounds.8.  Lower East is a famous underground label in and out of London,  Mixing home-grown talent with artists from abroad. Volkoder, Brazilian talented and very promising DJ is one of them. What can we expect from that?
Volkoder is someone who I have admired for a while so was very pleased to have him remix my track ‘Anxiety’ earlier this year, and what a great job he did 😉 I invited him to play at my 5 Years of Lower East party at EGG in London in August which was a great night 🙂


9.  As a true clubber do you feel today there is less people clubbing in London than 10 years ago?


I would say there are probably more to be honest. It seems there are more and more parties popping up all the time and a lot more larger scales events & festivals than there were before.


10.  What’s latest with Cozzy D?I’ve just had a release on Mihalis Safras label Material Series entitled ‘Hey People’ as well as a remix on Lower East as part of the 5 Years Compilation. I have another remix on the forthcoming Lower East release from Moodtrap which also includes a remix from Gerd, plus I have been working on a collaboration with Roland Clark and am in the process of finishing up a couple of new EPs to release in the new year.